The goal of this project was to create a robot that would play rock paper scissors with you and keep track of the score. 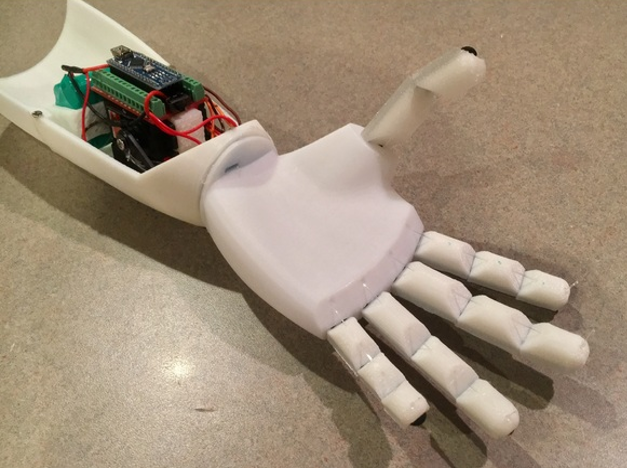 A 3d model of a hand was found online and 3d printed. It was actuated with three servos to create all three rock paper scissor hand configurations and shake the arm to count down. 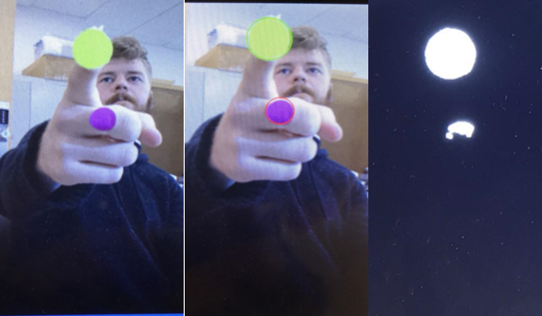 OpenCV was utilized to detect colored circles on the player’s hand determining what configuration their hand was in, with this and knowledge of what the robot played the robot could automatically update the score and play a video depending on the outcome of the game. 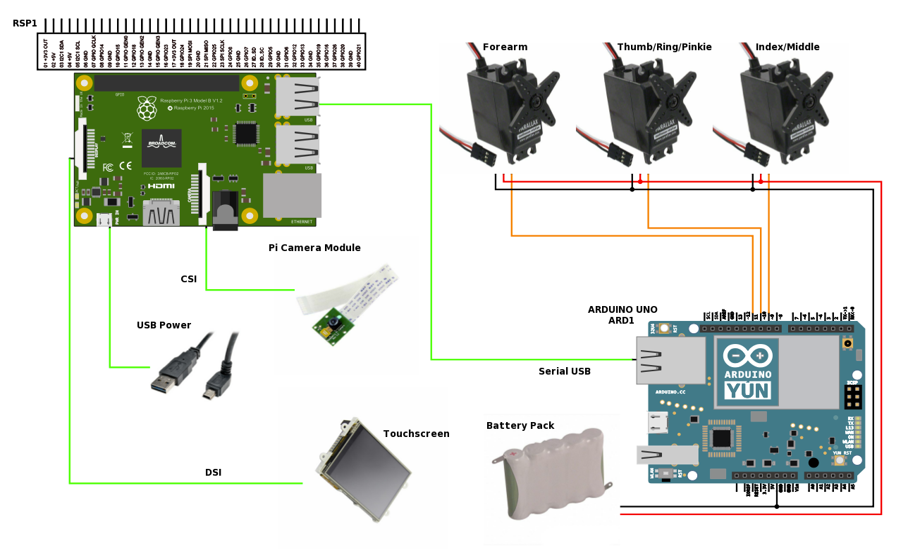 A raspberry pi running a python script controlled the UI software, CV and randomly generated what hand configuration to play. An Arduino controlled the servos actuating the hand.